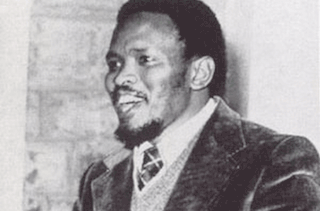 A South African court on Wednesday banned the sale of the autopsy report of murdered anti-apartheid hero Steve Biko, his foundation said, just hours before the document was due to go under the hammer.

Biko died in police custody in 1977 with massive head injuries, although at the time police said he succumbed to a hunger strike.

The report was being auctioned by the children of the late Maureen Steele, personal secretary to one of the pathologists who conducted the autopsy.

“The document is very important for the family itself because it speaks about the gruesome and terrible way Biko was killed and proves he didn’t die from a hunger strike but from a brain haemorrhage caused by severe beating and torture,” Steve Biko Foundation spokesman Thando Sipuye told AFP.

He said he did not know why Steele’s family decided to auction the document, and that they had contacted neither the foundation nor Biko’s widow and son.

According to the auctioneers, Dr Jonathan Gluckman — the pathologist appointed by the Biko family — gave the report to Steele for safe-guarding “as his offices had been bugged and he had received numerous death threats”.

Sipuye said the foundation hoped to acquire the document as it was “a national treasure”.

The father of the Black Consciousness Movement who called on black youth in the 1970s to rise up against the racist government, Biko was arrested on August 18, 1977, and found dead in his cell a month later.