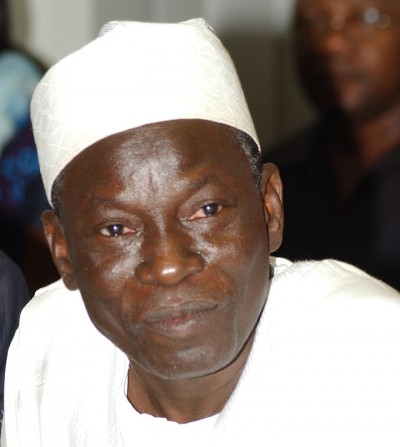 A frustrated governorship aspirant of the All Progressives Congress in Sokoto state, Senator Umaru Dahiru Tambuwal vented his anger on a delegate and member of the House of Representatives, at the primary that produced Speaker Aminu Tambuwal as the candidate last night. Senator Dahiru slapped Isah Salihu Bashar Kalanjeni representing Tangaza/ Gudu federal constituency.

It was not clear what led to the slap. Some said Dahiru had sensed defeat and was looking for an object to transfer his frustration.

But witnesses said Dahiru was on the queue to vote when he saw Bashar and dashed out to give Bashar the dirty slap.

Security men rushed to separate the men and calm them down at the Giginya Memorial stadium,venue of the exercise that drew over 3,000 delegates from across the 23 local governments with 244 wards.

In the primary election, Dahiru scored only 23 votes, while Speaker Aminu Tambuwal ran away with victory,by polling 3,462 votes out of the 3,513 cast by the delegates.