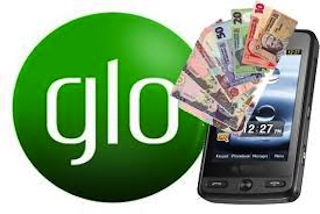 Nigeria’s national telecommunications carrier, Globacom, has launched two mega promos, Glo Overload and Glo Allawee to spice up the season for its customers. Glo Overload instantly gives 200 percent airtime and data bonus and an opportunity to be 100 times richer every time they recharge with N200 or more.

Subscribers will win N120 million cash prizes during the promo, while Glo Allawee gives every new customer N18,000 worth of free airtime for calls and text messages.

The two offers are part of a series of promos being unveiled by the company to create unprecedented excitement for millions of subscribers on the network.

Under Glo Overload promo, subscribers are guaranteed 200 percent bonus airtime automatically for every airtime recharge of N200 denomination and above.

Also, Glo subscribers stand a chance to become 100 times richer in cash every time they recharge with N200 and above or buy data bundles of N2,000 and above. The winners will emerge through lucky draws to be done electronically throughout the duration of the promo.

For instance, a subscriber who recharges with N5000 airtime or data bundle stands a chance to win N500,000 cash every time he or she recharges with that denomination.

Speaking on the Glo Overload promo, Mr. Ashok Israni, Regional Chief Marketing Officer said this is Globacom’s way of rewarding its esteemed customers for their consistent loyalty, and also for thanking new customers for choosing the network.

He urged telecommunication subscribers across the country wishing to benefit from Glo Overload to dial *200# on their phones. They will consequently be admitted to the promo platform and be able to enjoy all the promised benefits.

Glo Allawee on its part, enables subscribers to get free airtime of N50 everyday when they use N50 or more on calls, text messages or data before 10pm. The bonus is credited the following day and can be used to make calls or send text messages to Glo lines only.

According to Globacom’s National Sales Coordinator, David Maji, “Glo Allawee was developed to encourage and empower teeming subscribers to join the network and begin to enjoy many other benefits which Glo provides on a daily basis.”

“Subscribers who activate a new SIM and achieve the usage target of N50 before 10pm on a day will get an additional N50 airtime and can earn up to N18,000 worth of free airtime in one year of activation,” said Maji.

To enjoy the benefits of Glo Allawee, customers are encouraged to buy a new Glo sim, dial *170*7# and use up to N50 on calls, data or sms.

Glo Allawee is one of the many innovations the Glo Network has introduced as part of its commitment to motivate telecommunications subscribers in Nigeria to connect with friends, business associates and family. “We will continue to provide innovative services to Nigerians at affordable rates. It is a commitment we have made in serving our subscribers better.” he concluded.

Globacom explained that these offers, among many others lined up for release, are coming after a massive nationwide network enhancement and modernization project that has seen major components of the network swapped with state-of-the-art equipment.

As a result of the expansion and modernization, Globacom said the capacity of the Glo network and quality of service have significantly been boosted, thereby guaranteeing Globacom subscribers enjoyable experience on the network during and after the promotions.