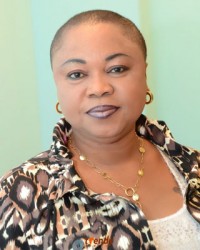 Popular juju queen and president, Association of Juju Musicians, AJUM, Queen Ayo Balogun, will be launching her new album, Aye Kan (One Life) with a superlative party at the Oriental Hotel, Lagos this Sunday 7 December.

According to the Juju music queen, the four-track album will be an album to beat as well as set the entertainment industry ablaze.

The lead song on the album, Omo To Ba Sise is already enjoying massive airplay on some stations.

The ageless singer also expressed appreciation to almighty God for the completion of the album, adding that the new work will definitely quench the thirst of her numerous fans who have been anticipating the release of her new songs on audio CD.