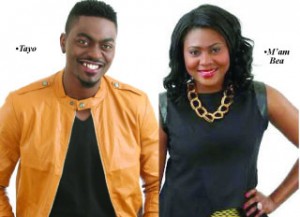 And as the race winds down, the next 48 hours will see the finalists scheming to pick the game’s $300,000 grand price.

Meanwhile, the housemates have been expressing their expectations ahead of Sunday. Most left it at that, that the day would sort itself out.

Biggie called the housemates with their character names and initially addressed them as such. JJ really pulled off being Miss P and admitted to Biggie that it was quite a challenge acting her character out as she was a serious diva!

M’am Bea, who was in Leonel’s character, said to Biggie that Sunday would  take care of itself and that she was definitely looking forward to it.

She also added that at this point, there was very little that the hotshots could do as they had presented themselves in the best way they could.

For the first time since the Botswana lass was evicted, Nhlanhla admitted that he missed her and had tried hard not to.

He went in so far as to call what they had “love” and sent out a warm shout out to her.

Sipe said that she was not worried about Sunday and just felt that time was dragging and could not wait for the final day.

Tayo told Biggie that he hoped Africa chose the one person that truly entertained them, as the winner.

There was no doubt that he was implying himself here.

Idris said that he did not want to ponder much about Sunday and instead wanted to have fun in the last week of the show.

JJ, speaking as Miss P, told Biggie that Nhlanhla or Idris or JJ would walk away with the grand prize as they were the real entertainers.

Butterphly said that she knew that everything would work out fine even though she sensed a bit of a twist coming.

Macky2 left his fate in the hands of his fans and simply hoped for the best.