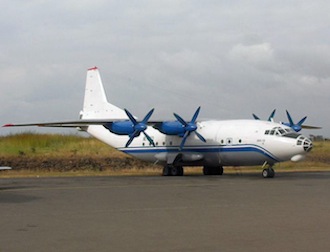 The plane was also said to be carrying two helicopters and bullet proof vests.

The plane, which was bound for N’djamena, Chad Republic, landed at the airport around 2.15a.m. on Saturday.

According to the source, the crew members are being detained by security agents following the discovery of the arms including many AK47 rifles and other items.

“Security has since been beefed up at the airport in order to ensure proper investigation’’, the source said.

The General Manager of Communication, Federal Airport Authority of Nigeria (FAAN), Mr Yakubu Datti, confirmed the seizure of the plane.

He said the pilot sought for permission to land at the airport following a technical problem with the aircraft.

“The plane had a technical problem and the pilot sought for permission to land at the airport’’, he said.

Datti added that security agencies had since commenced investigation into the matter.