26 foreigners among 135 arrested for 'terrorism' in Saudi 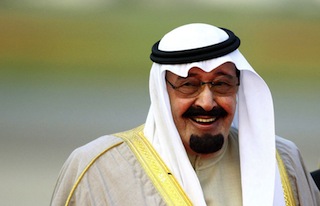 Authorities in Saudi Arabia said on Sunday they have arrested 135 suspects, including 26 foreign nationals, for “terrorism” offences.

The detainees belong to “suspect groups… that terrorism united”, and their arrests followed “repeated attempts to harm the security and stability of the homeland”, Turki said without specifying when they were detained.

Forty of the suspects had gone to “zones of conflict, joined extremist groups and trained in the handling of weapons… before returning to the kingdom to destabilise the country,” Turki said.

He added that 54 others were implicated in the “financing, recruitment, propaganda and manufacture of explosives… in aid of extremist groups”.

Seventeen suspects were linked to unrest and armed attacks on security forces in Awamiya, a community in Eastern Province just west of Dammam city.

Awamiya has been a focus for clashes between security forces and Shiite protesters.

Turki said the detained foreign suspects included an Egyptian, a Lebanese, an Afghan, an Ethiopian, a Bahraini and a stateless person.