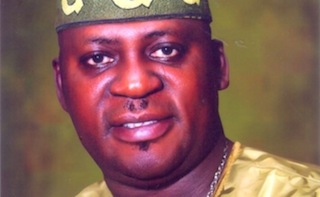 The primary election to pick candidates who will fly the flag of the Lagos State chapter of the All Progressives Congress (APC) in the House of Representatives election in 2015 have started producing very shocking results.

As at last count, 13 House of Representatives members on APC platform will not return when the eighth Assembly convene in June, 2014 from Lagos state.

The shock of the primary was the defeat of Deji Jakande in Mushin Federal Constituency 1.

He was humiliated by immediate past Chairman of Odi-Olowo Local Council Development Area, Taofeek Adeyemi Alli.

Alli scored a whopping 235 delegate votes while Jakande was left with a paltry eight votes.

The Oba of Lagos, Oba Rilwan Akiolu will not be smiling right now. His son, Fouad was beaten in the race to pick APC ticket for Lagos Island Federal Constituency 1 after the withdrawal of the incumbent, Jumoke Okoya-Thomas from the race.

In Agege Federal Constituency, another incumbent, Samuel Adejare, had a bad day as he lost the party’s ticket to ex-Chairman of Orile Agege LCDA, Taofeek Abiodun Adaranijo. In fact, Adejare came third.