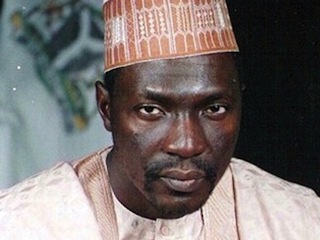 The PDP Chairman in the state, Alhaji Ibrahim Milgoma, announced this while addressing newsmen in Sokoto.

“Maccido was actually given an automatic ticket by the party to contest for the Sokoto Central Senatorial zone seat.

“But, another member of the party, Alhaji Ibrahim Magaji, felt cheated and bought the party’s nomination form, although he withdrew from the race on Dec. 5,” Milgoma said.

NAN reports that Makarfi was adopted as sole candidate after his rival, Umar Faruk withdrew from the contest following consensus arrangement made a day prior to the party’s primary in Kaduna state.

Declaring the result, Alhaji Ahmed Tahir, Chairman, PDP electoral committee said: “Makarfi is the only contestant, however, based on PDP requirement, an election must hold to fulfill such requirement.

“Therefore by the authority conferred on me as the chairman of this election, I hereby declare Sen. Ahmed Mohammed Makarfi as the PDP flag-bearer,” Tahir said.