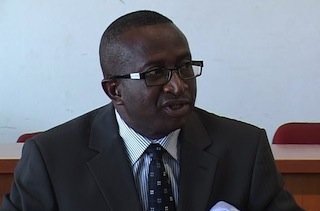 The Senate Leader, Victor Ndoma-Egba’s bid for a fourth term in the senate hit the rock Saturday in Ikom, Cross River Central.

He was defeated by Rep. John Owan-Enoh at the PDP primary for the constituency.

The Returning Officer, Mr Uko Enaku, said that 376 accredited delegates voted in the primary while two votes were declared invalid in the election which he described as “transparent and free.”

He said that delegates to the election were drawn from the six local government areas of Abi, Boki, Ikom, Yakurr, Obubra and Etung that make up the district.

In his reaction, Owan-Enoh thanked the delegates and the people of the central district for their trust in him.

“On this day, the people of Cross River Central have made a statement; they have voted for change. I promise that I will give them good representation,” he said.

NAN reports that the election was held under tight security with men of the Nigeria Police and Nigerian Security and Civil Defense Corps (NSCDC) manning strategic positions to forestall any breakdown of law and order.