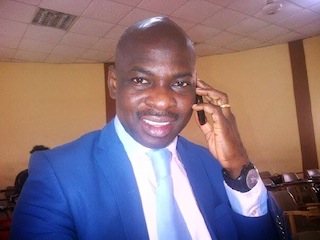 The duo of Hon. Remmy Hazzan and Adijat Oladapo-Adeleye, both members of the Ogun State House of Assembly who defected from the ruling All Progressives Congress, APC to the Peoples Democratic Party on Saturday lost their bid to pick the federal house of representatives ticket from their constituency.

The Irete-Ijebu born Redeemed Christian Church of God pastor turned politician was defeated by the Chairman of Wesco Lottery and an Omu-Ijebu born Lawyer, Otunba Adewale Osinubi, a.k.a. Wesco.

Our correspondent gathered that the keenly contested primaries saw Wesco poll 50 votes to defeat other aspirants for the ticket.

One of the aspirants from Ijebu Central, Femi Odusanya polled 43 votes while Otunba Semi Kukoyi, a.k.a ‘Ko so Giri’ scored 29 votes while Remmy Hazzan scored no vote.

Meanwhile the ruling APC has fixed tomorrow for the Federal House of Representatives primaries and Monday for the Senatorial primaries after which they will move to Lagos on Wednesday for the National convention of the party, where the presidential candidate of the party will emerge.

As at the time of filling this report, results from other parts of the state are still been expected.