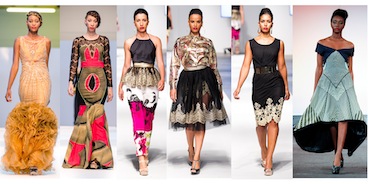 Africa Fashion Week Nigeria, a platform for African fashion designers to be appreciated and celebrated has announced its second edition, AFWN 2015. AFWN aims to display the creativity and originality of African designers to the rest of the world.

AFWN also wants more designers to participate in the second edition of AFWN. These designers will be displaying their best alongside established African designers.

The 2015 AFWN edition brings something fascinating with it. The organisers will be having an open call to all student designers who will be hand-picked to showcase alongside established brands. According to the organisers: “It is our own way of discovering, introducing new creative and innovative designers to add to the populating Africa industry.”

AFWN 2015 is scheduled to commence in May 2015 with Designer/Exhibitor form is open for submission from December 2014 to 24th Feb 2015. “Selected designers showcase will be fully or partly funded by our sponsors,” AFWN said.