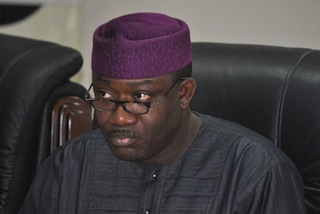 Alhaji Lai Mohammed, National Publicity Secretary of the All Progressives Congress (APC) on Sunday in Lagos said that arrangements were in place to ensure a hitch-free national convention of the party.

He told a news conference that adequate arrangements had been made by the National Convention Committee (NCC), headed by former Governor of Ekiti State, Dr Kayode Fayemi in that regard.

“The various sub-committees are working round the clock to ensure that the convention succeeds and becomes a reference point in the political history of the country.

“We are also collaborating with relevant agencies to ensure effective security, crowd control, traffic management, medical attention among others,” he said

According to him, 8,000 delegates will participate in the convention and presidential primaries to elect the party’s flag bearer in the 2015 election.

Mohammed said that the delegates drawn from the 36 states and the Federal Capital Territory would elect one out of the five presidential aspirants at the convention to be held in Lagos between Dec. 10 and 11.

He said that the national convention would hold at the Teslim Balogun Stadium, Surulere , Lagos.

“As you are all aware, our dear country is in a dire need of change. The APC is determined to bring that change.

“The process of effecting that change has commenced with the effective mobilisation of Nigerians to demand the change in the 2015 general elections,” Mohammed said.

He said that the party’s congresses and election of candidates for the various positions that commenced earlier in the month will climax in the election of the APC presidential flag bearer in the February 2015 presidential elections.

“The five aspirants of the party are eminent citizens with proven credentials.

“It is our belief that at the exercise one of them would emerge the presidential flag bearer of our dear party in the coming election,” he said.

He said others are Governor of Imo State, Owelle Rochas Okorocha and Publisher of Leadership Newspaper Group, Mr Sam Nda-Isaiah.

Mohammed said that the five aspirants would address the delegates on their programmes before the commencement of voting, which would be by secret ballot.