Church of England warns over hunger in Britain 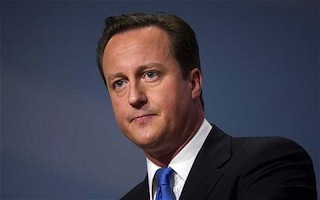 The Church of England launched a parliamentary report Monday urging Britain’s government to do more to eliminate hunger, pointing to a sharp rise in the number of people turning to food banks.

The report, which was compiled jointly with a group of lawmakers, called for measures to ensure surplus food reaches those who need it most rather than go to waste.

“We believe it is indefensible that huge numbers of people are going hungry in a country which wastes such vast quantities of food,” the report said.

It also called for an increase in the minimum wage and a more efficient system for state welfare payments. It said that the government should apply for European Union funding for the food bank network.

The trust runs 420 food banks and the report said that around 400 more were operated by other charities.

The report said it was “clear that demand for emergency food assistance is increasing, and sometimes increasing dramatically”.

Over the last year, it said that 30 percent of visitors — the highest proportion — said they came to the food bank due to delays in receiving welfare payments.

“How shocking it is to find this happening here,” Archbishop of Canterbury Justin Welby, the Church of England’s spiritual leader, said on Monday, after warning in a newspaper article on Sunday that hunger “stalks large parts” of the country.

The co-chairman of the group behind the report, lawmaker Frank Field of the main opposition Labour party, said: “There is clear evidence that something terribly disturbing is happening.”

He added: “People are near the abyss and the smallest thing can tip them over into the abyss.”

Prime Minister David Cameron’s coalition government, led by the centre-right Conservatives, has imposed steep cuts on public services in Britain since coming to power in 2010 to try and reduce a budget deficit.

Minister for civil society Rob Wilson said that government departments would be “reflecting carefully on each of the recommendations made in the report”.

The economy is set to be a key battleground in next May’s general election, for which opinion polls place the Conservatives and Labour almost neck-and-neck.