Moroccan lawmaker dies after being hit by train 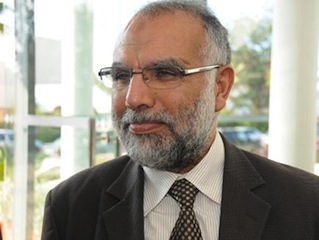 A Moroccan lawmaker close to Prime Minister Abdelilah Benkirane was killed in a train accident Sunday, his party said.

The incident involving State Minister Abdellah Baha occurred at about 6:00 pm (1800 GMT) in the city of Bouznika, his Justice and Development Party told AFP.

“He was hit by a train he did not see when crossing the road,” party deputy secretary general Slimane El Amrani, who visited the scene of the accident between Rabat and Casablanca, told AFP.

His party said the accident occurred when he was out of his vehicle.

The interior ministry confirmed the death in “a railway accident”, and said an investigation had been launched.

Baha, 60, had represented the major electoral district of Rabat-Chellah since 2002.

His Islamist party is leading a coalition government after its historic success in legislative elections during the Arab Spring in late 2011.

Bouznika was also the home town of socialist lawmaker Ahmed Zaidi, who died in November after the car he was driving in the region was swept away in a flash flood.