Olive oil prices to shoot up 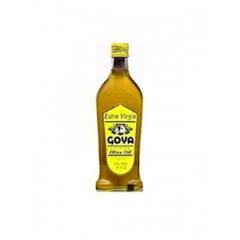 New research from Harvard University suggests it could put years on your life. But a Mediterranean diet rich in pungent olive oil does not come cheap, and it is just about to get a lot more expensive.

Disastrous olive harvests in much of southern Europe have sent wholesale prices shooting up, meaning consumers around the world are going to have to get used to paying substantially more for a culinary staple prized equally by gourmets and physicians.

Nowhere has the impact of freakish summer weather been felt more painfully than in Tuscany and Umbria, where the subtly aromatic, extra-virgin oils reaped from timeless landscapes provide the industry’s global benchmark for quality.

In Spain, which last year accounted for half the world’s production of all grades of olive oil, a toxic cocktail of scorching temperatures, drought and bacteria is expected to halve output this year.

In the heartland of poshly-packaged oils that connoisseurs discuss like fine wines, it was a humble fly that wreaked havoc after being handed optimal breeding conditions by the erratic climate.

At Fiesole, in the heart of Tuscany’s “Chiantishire” — so called because of its rich British ex-patriates — Cesare Buonamici’s olive processing facilities should be whirring at full capacity.

Instead, thanks to the olive fly, the sophisticated presses and extraction machines lie dormant for lack of the organically-cultivated fruit that would normally keep them busy until nearly Christmas.

“Our production has been halved,” the former engineer says gloomily.

Figures from the International Olive Council suggest wholesale prices of Italian oil have risen 37 percent from 2013, but Buonamici warns the rise for top quality oils like his will be steeper.

“Those are the prices ex-press,” he told AFPTV. “For the final consumer the increase is likely to be more than 60 percent.”