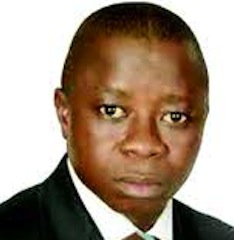 The Minority Whip in the House of Representatives, Hon. Samson Osagie on Monday emerged candidate of the All Progressives Congress (APC) for the Edo South senatorial district in the 2015 general elections.

Osagie polled a total of 1120 votes to defeat his closest rival, Patrick Obahiagbon, who polled 894 votes in the primary election held at the Samuel Ogbemudia stadium.

Other aspirants are Jim Adun, the incumbent lawmaker representing Egor/ Ikpoba Okha federal constituency who scored 162 votes, and advertising guru, Erhabor Emokpae who got 28 votes, out of the 2212 valid votes cast while 8 votes were voided.