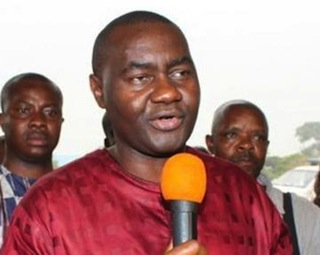 The people of Ogoni ethnic nationality consist of Eleme, Gokana, Khana and Tai LGAs of Rivers State under aegies of Kagote has condemned in strong terms the decision of the All Progressives Congress (APC) to deny them the opportunity of producing its governorship candidate for the 2015 general elections in state.

They also called on the Inspector-General of Police, Suleiman Abba to investigate and prosecute the police personnel, who shot at thousands of Ogoni youths that went on a peaceful protest to Government House, Port Harcourt, over the refusal of the APC to allow Ogoni ethnic nationality produce the successor to Governor Chibuike Amaechi

This was contained in a communiqué issued at the end of a one-day meeting at Saakpenwa, headquarters of Tai local government area of the state, attended by traditional rulers, opinion and political leaders, clergy, the academia and women from all the four local government areas that make up Ogoni land.

The communiqué, which was signed by King Godwin Gininwa, President, Supreme Council of Ogoni Traditional Rulers (SCOTR), the Gbenemene Nyokana Kingdom, King Williams Nzidee, Gbenemene Babbe Kingdom, King Melford Noryaa, President of KAGOTE, Dr. Peter Medee and retired judge of the Rivers State High Court, Justice Peter Akere, appealed to other political parties that are yet to pick their standard bearers to consider Ogoni sons and daughters as their governorship candidates for the 2015 general elections.

The communiqué reads in part, “In view of the persistent rejection and political neglect the Ogoni people have suffered in the political equation in Rivers state, despite its capacity and contributions to the well-being of the state and Nigeria, the congress consisting of chiefs, elders, religious leaders, the political class, academia, women and youths amongst others, met today, 7th of December, 2014, and resolved as follows.

“Congress condemned in strong terms the fragrant disregard for the aspiration and agitation of Ogoni people in relation to gubernatorial candidate of the All Progressives Congress (APC) and the shooting of Ogoni youths for expressing disapproval through a peaceful protest to Government House, Port Harcourt and called on the Inspector-General of Police, to investigate and prosecute police personnel involved in the act.

“Congress frowns at the continuous marginalization of Ogoni people politically in a state they co-founded and appealed to political parties that have not decided on standard bearers to field Ogoni sons and daughters as their candidates.

In press statement signed by Dr Peter Medee,President Kagote said that the congress being conscious of the effect of the absence of representation at the highest level of legislation, join in the call on Senator Magnus Ngei Abe to consider retaining his seat as senator representing South-East senatorial district of Rivers State and direct our sons and daughters aspiring for other elective positions to continue and be assured of our support”.