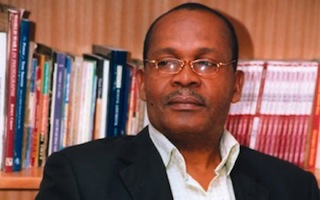 The Lagos state chapter of the All Progressives Congress, APC, has welcomed delegates and supporters of the party to the state of Lagos, for the presidential primary of the party holding on Wednesday 10 December, 2014.

The party said that as Lagos offers hope for the recovery of Nigeria from total doom and wreckage, the state is offering the most portent hope for the country to retrieve its soul from the graves where mindless and corrupt leadership has left it for sixteen sorrowful years.

In a release in Lagos, signed by the Lagos State Publicity Secretary of the APC, Joe Igbokwe, the party said Lagos is pleased to play host to such historical event that will certainly feature in the annals of the Nigerian history for decades to come.

It urged the delegates and teeming members of the party to ensure that the primaries become a worthy grand finale to the spectacular and successful conduct of APC primaries nationwide.

“We are glad that the state of Lagos, the oasis of hope in the midst of the monumental wreckage and misrule the country has faced in the past sixteen years, is being called upon to play a strategic role in the rescue of Nigeria from mindless leadership. We see the APC presidential primary holding in Lagos on Wednesday as the kick off of the project of rescuing the country from corrupt and inept governance in 2015.

“We see the presidential primaries as the grand finale to the APC’s march for change and the laudable and peaceful conduct of primaries for all elective offices, which had disappointed doomsayers that have predicated their hope for a continuation of the ruination of Nigeria on the rancours that will spew from the APC primaries. We are glad that by its stellar primaries, the APC has served the final notice to those that invested in a continuation of the regime of rot in Nigeria on imputing division and rancour in APC.”

“We are glad to welcome compatriots and change agents to a Lagos that offers hope for survival for millions of Nigerians feeling from the holocaust inflicted by PDP’s harrowing politics; a Lagos that is thriving and working in the midst of the profound collapse of the Nigerian economy courtesy of PDP’s profligacy, corruption, ineptitude and legacy of waste.

“We wish to remind our esteemed delegates, members and supporters that Lagos served as the launching bed and host for Nigeria’s fight for freedom. It has now been called to play host to Nigeria’s quest for recovery from the vice grips of locusts. We charge them to come to Lagos with that mission in mind and leave Lagos, at the end of the primary, energized to rescue Nigeria from bad and horrible leadership, corruption, impunity, religious bigotry and ethnicism. We see a new Nigeria emerging from their activities at the convention and we urge them to renew their strength to push for change from the presidential primaries.”

He urged the candidates to work as a team and be ready, prepared and devoted to working with the eventual winner, adding that all members, both in Lagos and the country at large expect the best candidate for Nigeria’s presidency from the primary.

“We are certain that all our candidates are individually better than the smudgy leadership that is dragging Nigeria into oblivion at present.

“Our members, delegates and supporters that are coming from all parts of Lagos should savour the splendor of Lagos, the beauty and environmental beauty of Lagos, the functional infrastructure in place, the unbeatable security and the assured hospitality of Lagos; fruits of meaningful APC governance of Lagos for the past sixteen years.”