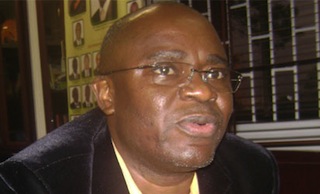 The Lagos State Government will tomorrow shut down major roads in Surulere area of the state, as a result of the All Progressive Congress, APC’s National Convention at the Teslim Balogun Stadium, where a presidential candidate for the party shall emerge.

Opeifa said due to the APC National Convention holding at the Teslim Balogun Stadium, vehicular movement around the venue would be affected and congestion expected, especially along, Funso Williams /Western Avenue, Surulere, Yaba, Alhaji Masha and Costain areas.

“Vehicles to Agege Motor Road, Mushin and Ikorodu Road from Surulere will be directed to Bode tThomas, Eric Moore, Akerele Road and Itire Lawanson Road to link Western Avenue and Agege Motor Road at Ojuelegba Round About,” he said.

Also, vehicles from Surulere, Alhaji Masha and Shitta area to Lagos Island and Apapa, according to Peifa would be diverted to Bode Thomas and Eric Moore to link Eko.

As a result of the convention, Opeifa said parking would be available only at the National Stadium as pedestrian access to the convention venue would be restricted to only accredited APC members, observers and media personnel.

“Bus shuttles and taxis will be available from hotel and airport to the convention venue,” he said.