THEIR REFUSAL TO ACCEPT RESPONSIBILITY: The greatest insult to our intelligence!!! 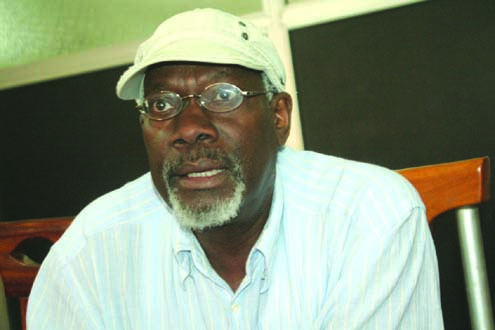 When Murtala Muhammed and Obasanjo stuck they gave their reason for wanting the Gowon government out of the way. And the government of Shagari blamed Obasanjo’s government before it and went ahead to do its own thing that would lead to Buhari to lay it into him at midnight on Christmas night 1983. Two years later Babangida laid into Buhari in taking over. When Abacha finally took over from Babangida and Shonekan, he too had his reasons. Death had his reason to take Abacha when it did and Abdul Salam Abubakar terminated the ignoble rule of the military.

And because not one of them has ever accepted the rightness of the criticism that led to the next government, not one government has ever tried to undo what it criticised the previous government for.

Over the years in general, our moral infrastructure collapsed. In particular, our legal infrastructure also collapsed. The law is used to outlaw lawfulness. Our physical infrastructure was abandoned in form of some 20,000 projects at the federal, state and local government levels, projects supported by both national and international organisations. Corruption becomes the decision-maker at all levels of decision-making. Nothing gets done because it is right to be done. Rather, what can Corruption get out of it? The simplest registration of an non-governmental organisation with the federal government must attract payment to the person who is to accept the registration.

If it was possible to take the country overseas for medical attention, they would happily have done it. But that is not possible.

It is against this background that the publication of Obasanjo’s autobiography has come into being. Of all the things in it, the one thing that again annoys is not just the celebration of himself as a successful president of an unsuccessful Nigeria, but the lie he tells about not wanting a third term.

This is the first time I am reading in an on-line report that our former heads of state have a responsibility to acknowledge the parlous condition they have the country in and that they cannot go about claiming to be all sorts of triumphants while the country lies in comatose condition. That is, if Nigeria is unsuccdessful, those who have ruled it for the past fifty or so years cannot parade themselves as successful statesmen and women.

Let us now look at three of these fellow Nigerians who have had the opportunity to rule the country: Buhari, Obasanjo and Jonathan. For the fourth time Buhari wants to come back to rule the country. He is said to be incorruptible and a disciplinarian. Where did these characteristics get the country the last time he rant the country?

What about his inconsistencies in power? Obasanjo wrote My Command. Brigadier-General Godwin Alabi-Isama takes that book apart, page by page, spending 74 pages to rubbish the claims in that book. Obasanjo in ‘My Watch’ offered a weak response to Alabi-Isama’s book. El-Rufai in his own book writes at length about how Obasanjo went about trying to manipulate people and systems to get a third term as president of Nigeria. Now, in his My Watch he denies that he ever wanted a third term. And we are supposed to swallow this lie and say whaoh, some characters in Abuja dreamed up that possibility and forced it one the poor hapless Obasanjo. Sometime, somewhere, we shall find someone who will do an Alabi-Isama to My Watch.

Dr. Goodluck Jonathan is a lucky man who does not appreciate his good luck. And Nigeria must be in dire straits to be abandoned to goodluck. But no matter. It can’t be too difficult to be better than any of those who have gone before him! But is he better? Yes, we are getting reams and reams of newspaper pages claiming victories which have not translated into life more abundant for Nigerians.

The newspapers that carry these adverts do not include disclaimers that these are the claims of paying customers and that the newspapers do not share these views. A mere one or two drops in the corruption index is a victory for our government, haba president! There are countries with zero tolerance for corruption, you know.

We need to line up all our former heads of state. Let each one tell us how he pushed the person before him out of power and what he did while he was there and how that harmed or healed Nigeria. At the end of the exercise we must know who should shut up and who should shout out loud.

But it is a cardinal point of rationalism and logic that you cannot be a successful family man while your family is starving and in rags and covered with sores. That cannot be right. Stop it.