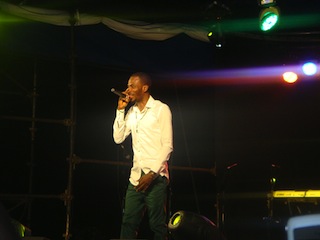 The audience could not hide their excitement as they sang along with the hip hop act.

Popular tracks performed by the musician includes: Gongo Aso, 3310, No be Mistake among other hit tracks.

Tony Tetuila equally gave an account of himself by performing his hit track, You Don Hit My Car” to the delight of the crowd.

Another musician who performed at the event was Silva Sadi, a hip hop act from the north.

The event was compered by Desmond Elliot and Tony One Week.