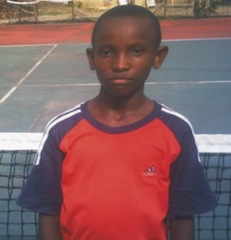 Nigeria’s highest ranked player on the Junior ITF log, Joseph Imeh, recorded one of his most memorable victories on the domestic stage this year, as he defeated old horse Monday Igbinovia 6-2, 6-3 to book a place in the quarterfinal of the Dala Hard Court Tennis Championship holding in Kano.

“I was determined to better my performance in Abuja and I’m sure I can go far in this tournament,” Imeh, who reached the semifinal at the NPA Open last week in Abuja, said.

In other second round matches, Abdulmumuni Babalola triumphed over another veteran player Sunday Maku 6-0, 6-2 in an encounter dubbed clash of the old titans just as Thomas Otu battled to a 1-6, 6-3, 6-0 win against Emmanuel Sunday to also advance to the next stage of the First Bank-sponsored event.

Lawal Shehu also joined the train following his 6-4, 6-2 triumph over Mohammed Mohammed, while Nonso Maduekwe recovered from a set down to beat Onyeka Mbanu 3-6, 6-2, 6-1.

Top seed, Clifford Enosoregbe, Emmanueol Idoko and Sylvester Emmanuel all made the quarterfinal list as their opponents, Candy Idoko, John Otu and Ebuka Benjamin respectively, retired due what they described as unfavourable weather conditions.

In the women’s singles, Christie Agugbom continued her match to end the year on a splendid note having won the CBN Open as well as the NPA titles with a 6-3, 6-4 win over Aminat Quadri, while tournament’s number one seed, Sarah Adegoke, proved too much for Afolarin Akosile with a 6-1, 6-0 win.

Aanu Ayegbisi also progressed to the quarterfinal at the expense of friend and colleague, Loveth Donatus with a 6-0, 6-3 win.