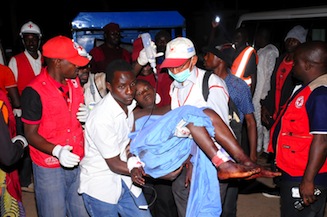 Mr Abdulsalam Mohammed, the North Central Zonal Coordinator of the Agency, told NAN in Jos that the corpses had been deposited at the morgue.

Mohammed said 47 other persons injured in the blasts were receiving treatment at Plateau Specialist Hospital, Bingham Teaching Hospital and Our Lady of Apostle (OLA) Hospital all in Jos.

The coordinator said NEMA had assisted the hospitals with some medical supplies; including drugs.

“Our men were deeply involved in the rescue of the victims and movement of corpses to the mortuaries,” he said.