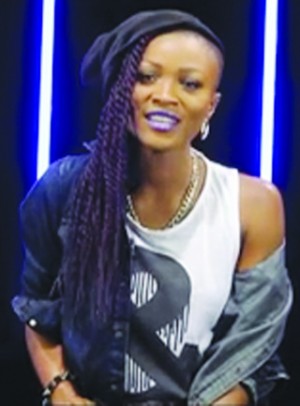 During the interview, the 26-year-old rapper revealed how her love for the Hiphop artiste inspired her to start writing her own lyrics as a teenager.