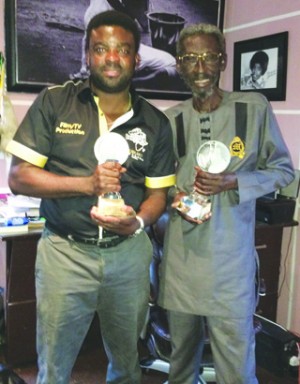 At a special screening event held at Four Point By Sheraton, Lekki, Lagos, Afolayan was full of excitement when his dark psychological thriller written by Tunde Babalola, scooped 13 nominations including the highly coveted Best Movie Drama and Best Movie of the Year.

In a message forwarded to our correspondents early Thursday, Afolayan congratulated his cast, crew, sponsors and fans for the nominations.

“We did it again yesterday (Wednesday) by getting 13 nominations at the AMVCA. Hopefully, we are going to win some. Voting has started in all the categories we are nominated. Please visit Africa Magic website and start voting for October 1,” he stated.

Other movies that also earned multiple nominations at the 2015 AMVCA are Rita Dominic’s The Meeting; Lancelot Imasuen-Oduwa’s Invasion 1897; and AY Makun’s 30 Days in Atlanta amongst others.

Announcing the nominees was popular on air duo, Nick Mutuma of Mashariki Mix and Sika Osei of 53 Extra during a special live broadcast on all Africa Magic and Maisha Magic channels. With them in the studio to discuss the quality of this year’s entries was renowned writer, filmmaker and AMVCA judge, Mr. Femi Odugbemi.