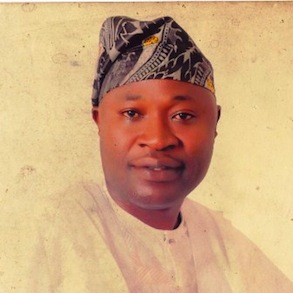 Santuraki, who was the former National Chairman of the party, was unanimously adopted by members of the party as party flag bearer. NAN reports that before the emergence of Santuraki, there was a disagreement between other purported presidential aspirants.

NAN reports that immediately Santuraki was introduced to the house as the sole candidate of the party, Dr Sam Nwani, also an aspirant, disagreed with the decision.

Nwani told NAN that he was the presidential candidate for the party and not only Santuraki.

According to him, he has the right to be introduced to the members as a candidate, even if they are not voting for him.

He said he had presented his nomination forms to proof his candidacy.

Meanwhile, Santuraki said Nwani was never a member of the party and that he was only invited for the convention.

Santuraki, who promised to move the party to greater height if voted into power in 2015, said “MPPP government will provide good governance, social services, address the insecurity challenges in the country and infrastructure, among others.

Alhaji Abdullah Rodman, the Chairman of the Convention Planning Committee, thanked members of the party for their support and urged them to work harder to produce winners in the 2015 elections.