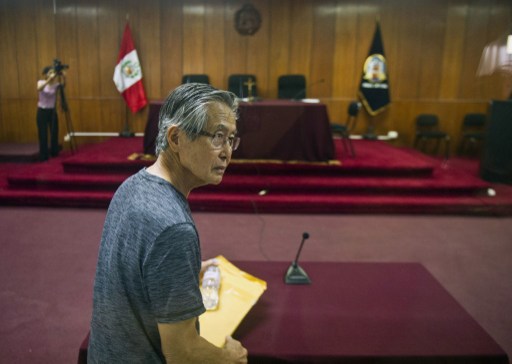 A Peruvian court Thursday sentenced former president Alberto Fujimori, already in jail for a government-backed massacre, to eight years in prison on charges of embezzling state funds to manipulate the media.

The sentence has only symbolic effect since jail time does not accumulate in Peru, where prisoners serve only the longest of their concurrent sentences.

Fujimori is currently jailed on a 25-year sentence over the the killing of 25 people by a government-backed death squad in the course of Peru’s war against the Maoist Shining Path rebel group.

Fujimori was also ordered to pay $1 million in civil damages Thursday, for ordering funds diverted from the Armed Forces and National Intelligence Service to newspapers to discredit his political opponents.

Fujimori, 76, said he would appeal.

“I do not agree with the ruling, I am innocent,” said the ex-leader.

The 14-month trial marked the fifth for Fujimori, who was extradited from Chile in 2007.

His lawyer said he would push for a reversal because the court had relied on “inconsistent evidence.”