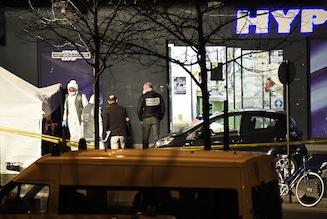 A gunman robbed a jewellery store in the southern French city of Montpellier on Friday and took two women hostage, a judicial source said — but stressed the incident “had no link” to the twin hostage dramas around Paris.

“It was a robbery, it has nothing to do with what is happening in Paris,” prosecutor Christophe Barret told AFP.

Shortly after 1500 GMT police received an alert that an armed man was in the shop with the two hostages.

Some five hours later elite anti-terror police were on the scene, and had blocked off a large section of the centre of the Mediterranean city.