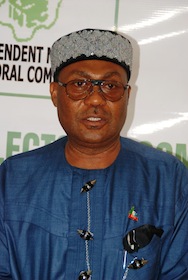 The Peoples Democratic Party (PDP) in Rivers state has been told that the resort to violence will not save it from being disgraced during next month’s general elections. The ruling party in the state, the All Progressives Congress (APC), made this declaration while reacting to the violence unleashed by suspected PDP agents on APC supporters who were on their way to the Adokiye Amiesimaka Sports Complex, Port Harcourt, on Tuesday for the APC Presidential rally.

Gunmen alleged to be hired by PDP leaders had opened fire on the APC supporters from Asari Toru and Khana local governments, leaving eight of them in critical condition and battling for their dear lives at the intensive care unit of the Kesley Harrison Hospital, Port Harcourt. The attacks took place at Abalama in Asari Toru local government and Kira in Tai local government, respectively.

Berating PDP for the unfortunate incidents, Rivers APC Chairman, Dr. Davies Ibiamu Ikanya, condemned the resort to violence by the PDP, which, despite all our entreaties, has failed to see that politics is not war but a democratic way of allowing the people to voluntarily choose their leaders.

He expressed regrets that rather than heed to previous advice to honourably withdraw from the governorship election to avoid being disgraced, PDP leaders prefer to unleash violence on APC faithfuls.

The APC chairman assured that the party will not be intimidated and will not stoop so low to embrace violence since “we cannot take up arms against the very people whose mandate we are seeking through the forthcoming polls”.

Rivers APC sympathised with the victims of the unprovoked violent attack, assuring them that the party will never abandon them but is committed to their quick recovery and discharge from the hospital to enable them rejoin their loved ones soon.

The party expressed gratitude to Governor Chibuike Amaechi for ordering the very best medical attention for the shot APC members.

It also commended the party’s governorship candidate, Dr. Dakuku Peterside, for paying a sympathy visit to the victims in the hospital. “By so doing, Peterside has once more displayed his compassionate nature and demonstrated his readiness to identify with all Rivers people in their travails. We are confident that the good people of Rivers will empower him with their votes on February 28 to enable him provide the kind of purposeful leadership our dear state deserves at this critical point in its history,” Rivers APC said.