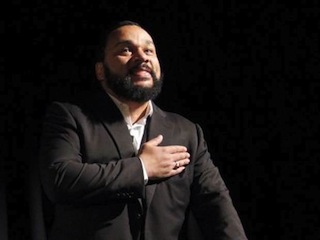 French prosecutors said Monday they were investigating notorious French comedian Dieudonne for “inciting terrorism” after he posted a Facebook comment that could be interpreted as sympathising with one of last week’s attackers in Paris.

Gunman Amedy Coulibaly killed five people in two other Paris attacks, four of them in a kosher supermarket.

The comedian made international headlines in 2013 when the footballer Nicolas Anelka was banned for five matched by English football authorities for using a hand-gesture created by Dieudonne which many see as anti-Semitic.