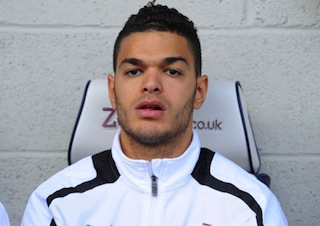 Frozen: Hatem Ben Arfa could be clubless for the rest of the season

France international Hatem Ben Arfa could find himself left in limbo until the end of the season after FIFA said he cannot sign for Nice, the French Football Federation (FFF) said Wednesday.

FIFA rules state that a player can appear for no more than two clubs in the same season.

Ben Arfa was on loan to Hull City from Newcastle United during the first half of the season before the former cancelled his loan and the latter tore up his contract, both of which were due to run out at the end of the season.

That freed him up to move back home and join Nice, but now FIFA have said that because the 27-year-old turned out for Newcastle’s under-21 team at the beginning of the season in an official match, he cannot join a third team in the current season.

It means his proposed move to Nice cannot be rubber stamped by the FFF, effectively leaving him without a club until next season.