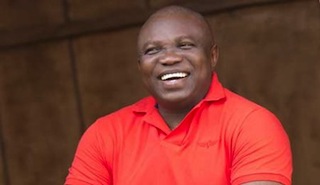 The unions declared their support for Ambode and APC at an interactive session with APC leaders, the state Governor, Babatunde Fashola, Ambode and other stakeholders in Lagos on Tuesday.

Speaking at the event, the state Chairman of the National Union of Road Transport Workers (NURTW), Mr Tajudeen Agbede, expressed the support of the union for Ambode in the forthcoming election, adding that the apprehensions of the leaders of the transport union about the ability of the APC to get a suitable replacement for Fashola had been addressed by the emergence of Ambode in the primaries and the cooperation between him and the outgoing governor.

Chairman of Road Transport Employers Association of Nigeria (RTEAN), Mr Olaleye Amusan, expressed deep appreciation to the governor for the support and recognition the union received during his tenure in office and expressed the hope that the same would continue under the administration of Ambode.

On his part, the Chairman of Motorcycle Owners Association of Lagos State, (MOALS), Comrade Tijani Pekis, commended the State Government for the measures put in place to reduce deaths and accidents through okadas (motorcycle taxis).

Earlier in his speech, Governor Fashola said the people must never make the mistake of voting for any PDP candidate in the 2015 general elections because the party has not done anything for the people of Lagos, saying that the Subsidy Reinvestment Fund (SURE-P) which is meant for Lagos was being used by the ruling party at the centre to buy Permanent Voters Cards in the state, warning that the residents must be vigilant.

The Governor who had earlier asked the members of the audience to indicate if indeed they were happy with the present APC government in the state and would want a continuity which was responded to with an affirmative answer, said since it was by popular affirmation that the people wanted continuity, such an agreement should not be broken.

He added that the present administration had been very supportive of the people and had ensured that it delivered on all its commitments, including the repair works on the connecting joints of the Eko Bridge which is a Federal Government owned structure.

Fashola said rather than improving the lot of operators of the transportation sector, the PDP-led Federal Government decided to increase tariff on imported vehicles by 35 percent, thus making it more expensive to import vehicles for transportation purposes.

He said the new tariff on imported vehicles was billed to take effect in January this year but that the Federal Government had to beat a retreat in order to deceive Nigerians about its real intentions by pushing the take off till after the elections in June.

The governor added that the PDP administration was one which thrives on unfulfilled promises, saying that four years ago when President Goodluck Jonathan came to campaign in Lagos, he promised to reconstruct the Lagos Airport Road , but that four years after, there is no sign to that effect.

Also speaking at the event, the APC governorship candidate, Mr Akinwunmi Ambode said the emphasis of the incoming administration would be on technical and vocational education and developing the capacity of artisans.

Ambode added that the administration would work hard to produce qualified mechanics, plumbers and technicians to stave off loss of job openings to immigrants from neighbouring West African countries.

He gave a commitment that if elected, he would add value to what the Fashola administration has done and ensure completion of all road transport projects and ensure their appropriate usage.

He stated that his administration would also provide more motor parks in the state and also put in place a small scale entrepreneurship finance scheme to assist operators in the transportation sector.