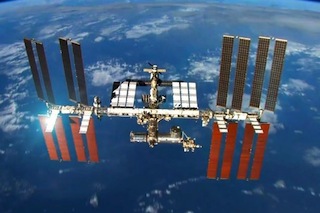 A leak of a toxic substance on Wednesday forced astronauts to evacuate the American section of the International Space Station, Russia’s space agency said Wednesday.

The “toxic substance was emitted from a cooling system into the station’s atmosphere” in the US segment of the station, the agency said in a statement.

A representative of the Russian mission control centre told Russian news agencies that the substance is ammonia. The accident could also delay the departure of the US SpaceX cargo ship Dragon, which brought supplies earlier this week.

Fixing the leak may also require an emergency spacewalk, he added.

Senior Russian space official Maxim Matyushin said their colleagues at America’s NASA were working on dealing with the issue.

The International Space Station is a rare area of US-Russian cooperation that has not been hit by the crisis in Ukraine, which has prompted Washington to impose sanctions on Moscow.

In total 16 countries work on the ISS, whose cost is mainly shouldered by the United States.

Since NASA phased out the space shuttle system in 2011, it depends entirely on Russia to send its astronauts to the ISS.