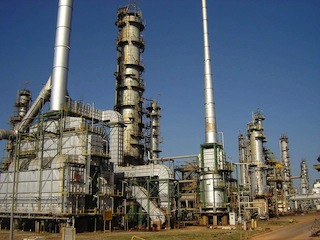 This is contained in a statement made available to Newsmen by NNPC’s Group General Manager, Group Public Affairs Division, Mr Ohi Alegbe on Thursday in Abuja.

According to the statement, the gas turbines will be installed and operated by an independent power producer, to boost productivity through uninterrupted power supply at the refinery.

It stated that the turbines to be installed had the capacity to generate 72 megawatts of power, exceeding the amount of megawatts required by PHRC.

“The arrangement with the independent power producers is aimed at ensuring steady power supply to the refinery.

“With the installation, PHRC would focus majorly on the core mandate of refining petroleum products for members of the public.

“In addition, over 60 per cent of the Turn Around Maintenance materials have been delivered to Port Harcourt, Kaduna and Warri Refineries. And installation of equipment and parts is in progress,” it stated