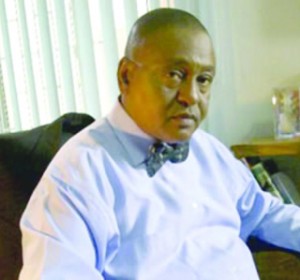 Actor turned politician, Rotimi Makinde, who is a member, Nigeria’s House of Representatives, and veteran actor Jide Kosoko, will be leading other important personalities that will be honoured tonight, Friday, 16 January at the unveiling of the All Progressives Congress, APC, musical album and the Distinguished Achievers’ Award night.

The event, holding at the Scorpio Hall of the All Season Multi-Purpose Centre, Agidingbi, Lagos, will also see other dignitaries honoured.

They include Mr. Akinwunmi Ambode, the Lagos APC standard bearer at the forthcoming gubernatorial election, and Mr. Solomon Adeola, a.k.a. Yayi, the APC senatorial candidate for Lagos West.

Speaking on the album, Alhaji Moruf Babatunde Oyedele, CEO, Excel Music Extravaganza, said the the new work is titled Excel and was recorded by a four-man hip-hop group known as Excel.