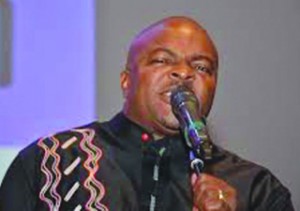 The year 2014 had been a good year for Akin Tofowomo aka Shuga and his Shuga Band.

The band has played in major events and weddings within and outside Nigeria, and towards the end of last year, Shuga released the hugely popular wedding song, Married Today.

Now the celebrated singer is following up with a video of same song shot also late last year as it premieres this January.

Nollywood fast rising acts, Femi Jacobs and Bayray Mcwinzu, were the lead in the video.