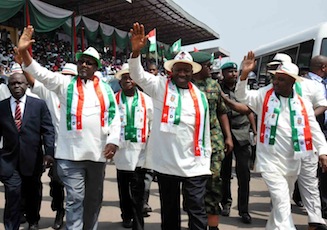 This is contained in a statement signed by Chairman, Media Committee of the PDP Presidential Campaign, Mr Innocent Oparadike in Owerri on Friday.
The statement said the visit was in continuation of presidential campaign by Jonathan.

According to the statement, Imo is a key PDP state that has always supported the President.

The statement said, “Imo people have resolved and are working to ensure that Jonathan is re-elected for the second term in the coming poll.”