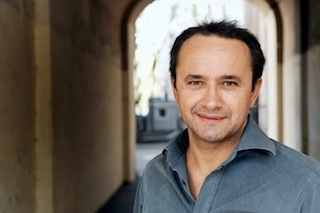 Russian director Andrei Zvyagintsev’s sombre social drama “Leviathan” may have been nominated for an Oscar, but at home the film has sparked heated debate, with the arts minister claiming it blackens Russia’s image.

The film will not even be released in Russia until next month, but that hasn’t proved an impediment to criticism, reminding observers of the Soviet joke about the hate campaign against Boris Pasternak’s novel “Doctor Zhivago”: “I haven’t read it but I condemn it.”

“Those who have seen the film and those who haven’t seen it are heatedly arguing about it today,” wrote Gazeta.ru news website.

The film, which scooped a Golden Globe on Sunday and best screenplay award at Cannes, is a bleak portrayal of one man’s struggle against the stifling omnipotence of the Russian state.

It depicts a car mechanic in a small northern city who struggles against a corrupt mayor’s plans to take away his property.

Culture minister Vladimir Medinsky, a divisive and outspoken figure, gave an interview on the day of the Oscar nominations to Izvestia daily in which he personally attacked the director and his vision.

The movie has a mood of “existential hopelessness” and “there is not a single positive hero,” he said.

At the same time the characters, however much vodka they knock back on screen, are not “real Russians,” he claimed.

“What does he love? Golden statuettes and red carpets, that’s pretty clear,” Medinsky said sneeringly, adding the film “in its rush for international success, is opportunistic beyond belief.”

The minister denigrated the film despite the fact that it was partly funded by the state.

Due to legislation brought in by Medinsky, “Leviathan” — which was already released in France and Britain late last year — can only be shown in Russia with swear words beeped out, even to adult audiences. It will be released on February 5.

Acclaimed abroad, Zvyagintsev has struggled with accusations of lack of patriotism since his astonishing 2003 debut “The Return,” which swept the board at the Venice Film Festival. His success in the West is held against him by some.

In an editorial, state news agency TASS wrote the film featured “typical cliches that are successfully ‘sold’ by our directors in the West.”

It said the film confirmed Westerners’ worst fears about Russia so they could say to themselves: “Look how bad everything is there, they admit it themselves.'”

“It’s obvious that it’s made to cater to a Western audience, or rather to the Western elite, since it consciously repeats popular myths about Russia,” spokesman Vsevolod Chaplin told Izvestia daily, while admitting he had not seen the film.

Some Orthodox fundamentalist activists even called for a ban on the film, which depicts clerics as involved in corruption.

“‘Leviathan’ is evil, and there is no place for evil on cinema release,” Kirill Frolov, the head of a group called the “Association of Orthodox experts”, told Izvestia.

A pro-Kremlin political analyst Sergei Markov tweeted that the film is an “anti-Putin cinema manifesto”.

But many critics and arts figures praised the film saying the accusations against it simply did not stand up.

“There’s no point in arguing with naive, unprofessional theories that Zvyagintsev makes his characters soak up vodka and criticise the authorities just to get into Western film festivals,” wrote Komsomolskaya Pravda critic Stas Tyrkin, calling “Leviathan” a film about “the here and now.”

“The task of a Russian artist is to create great works.”