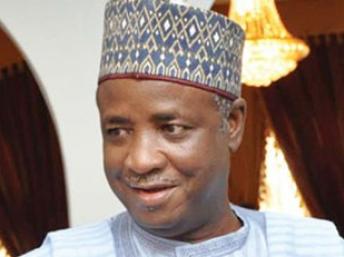 Over 1700 supporters of Peoples Democratic Party, PDP, in Turetat Local Government Area of Sokoto state have defected to the All Progressives Congress, APC.

Governor Aliyu Wamakko of Sokoto State on Sunday received the defectors and advised them to safeguard their Permanent Voter’s Cards against misuse.

Wamakko was speaking while addressing APC supporters at the reception of over the 1700 members of the PDP who defected to the APC.

“Don’t sell your voter’s cards as its remains the weapon needed to ensure a positive democratic change,” the governor told the crowd.

“Anybody that offers you money collect it but make sure you cast your votes for the APC candidates in the forthcoming general elections,” he said.

“Progressives believe that power comes from God, hence, the need for us to continue praying for divine intervention in all the the party’s affairs.”

He also called on them to shun all kinds of provocation from the opposition to ensure peaceful conduct of all electoral processes.

“As progressives, all efforts should be geared towards promoting political tolerance and understanding,” he said.

Also speaking at the rally, the party’s gubernatorial candidate and the Speaker of the House of Representatives, Aminu Tambuwal promised to sustain the good legacy of Wamakko.

He promised to sustain the structures already put in place in moving the state forward and ensured rapid political growth of the state.

The speaker called on the people to also resist all kinds of violence during the election.

“As progressives, all efforts should be geared towards promoting peaceful atmosphere for the peaceful conduct of the elections,” he said.