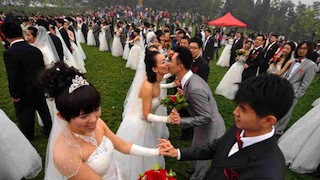 The Beijing Municipal Commission of Health and Family Planning said on Tuesday that more than 30,000 Beijing couples have applied to have second child since the capital eased its one-child policy in February 2014.

Zhong Dongbo, the Deputy Head of the Commission, said in Beijing that out of the 30,305 applicants, 28,778 had been approved.

He said the number was, however, lower than the 50,000 expected, adding that “many couples who wanted to have second child chose not to have them this year, but this does not mean that they won’t have them in future.

“Maybe they’re just not ready, maybe it is due to economic cost or time cost or they are contented with one child.”

Dongbo said Beijing was prepared for an increase of 50,000 births every year.

He said an extra 1,000 beds would be arranged in Beijing hospitals within three years.