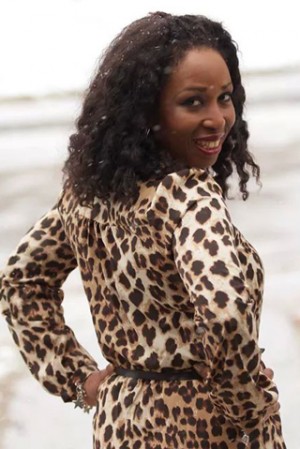 Monica, who started singing at a tender age, has worked with several artistes such as Majek Fashek, the late Sunny Okosuns and Evi Edna.

Starting her career as a studio worker with Sam Morris and Aibtonia Studios, she later formed a rap group known as S.O.S before going solo.

“It is like fairy tale and I am so short of words. From Nigeria, here I am now releasing big works in America,” Monica said.

“The album is a compilation of different genres of music. There is something for everyone. Personally, I am excited! I have seven songs in all. It is a mix of English and pidgin English. As a Nigerian singer, people don’t need to understand a word of what you are saying to enjoy your music. I speak a lot of pidgin English in my music and I teach Americans about pidgin English. They have to understand me, not we always trying to understand them,” she added.

Monica, who is a filmmaker and a voice-over artiste, produced the sound track for her new movie Faces of Love.

She attended Mt Wachussets Community College where she graduated with a degree in Business administration. She also attended University of Massachusetts where she bagged a degree in Accounting and Finance and later enrolled at Boston University, America for her post graduate degree in Computer Information System.