Brain Starts The Year With 'Gaara' 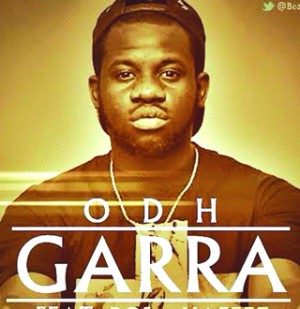 Fast rising Nigerian hip-hop act, Brain who has two nominations in the Nigerian Entertainment Awards, is back. Brain’s earlier single Salute which propped up top African rappers, is a song that puts him on the spotlight.

According to Magikal Entertainment, “Brain is back with another club banger, Gaara, a single off his forthcoming album.  With Gaara, Brain takes it back to the era of Konto and Suo which originated from Africa’s most popular ghetto, Ajegunle. The song is a fusion of Dancehall, Afro-pop and Reggaeton produced by Skill P and mixed and mastered by Seanz Beatz.”

With its official music video set to be released 15 March, the song is already becoming music lover’s favourite and enjoying acclaim and rave reviews from fans and critics alike.