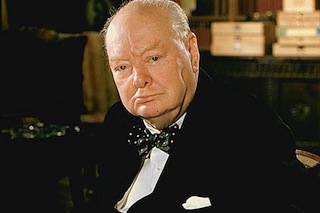 Britain on Saturday marked the 50th anniversary of the death of Winston Churchill, the iconic cigar-chomping prime minister who led his nation in defying Nazi Germany during World War II.

Prime Minister David Cameron led tributes, describing Churchill as Britain’s “greatest ever prime minister” in a video tribute in which he called on people to share their favourite Churchill quotations on social media.

“Churchill was our greatest ever prime minister and we owe him everything. In May 1940 that crucial decision to fight on against Hitler saved our country and arguably saved the world.”

“I think this year we should also all remember the many great things that he said.”

Cameron quoted from Churchill’s “we shall never surrender” speech.

“My favourite quotation from Churchill is the one he made shortly after that momentous decision in May 1940: ‘We shall defend our island, whatever the cost may be.

To mark his passing, personal items from Churchill’s family, including the last photograph of the wartime leader, have gone on public display for the first time at his former residence Chartwell in Kent, southeastern England.

On Friday, the 50th anniversary of his state funeral, a remembrance service will be held at London’s Houses of Parliament.