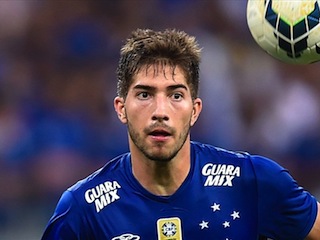 “Real Madrid and Cruzeiro have reached an agreement for the transfer of Lucas Silva, who will be tied to the club until June 30, 2020,” said a statement on Madrid’s website.

Silva shot to prominence as Cruzeiro claimed a second consecutive Brazilian title in 2014.

His arrival is likely to precipitate the departure of Asier Illarramendi, who has been linked with a 25 million euro switch to Athletic Bilbao.

Illarramendi was signed for a staggering fee of 37 million euros after helping Spain to a second consecutive under-21 European championship in 2013.

However, he has failed to become a first-team regular under Carlo Ancelotti, making just three league starts this season.