Serena, Venus sizzle into the last 16 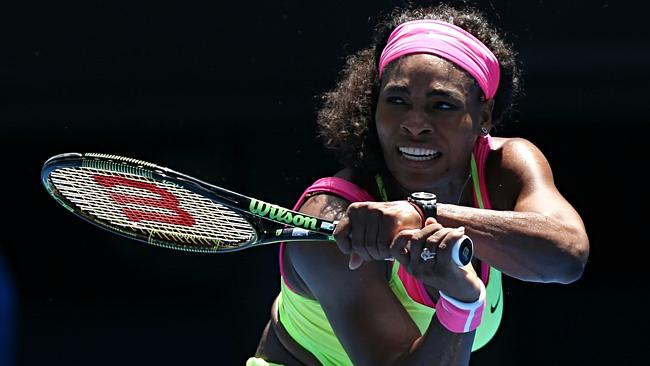 World number one Serena Williams took time to wake up before sizzling into the Australian Open fourth round on Saturday, joining resurgent sister Venus and the dangerous Agnieszka Radwanska.

The American top seed, vying for a sixth Australian title and the first since 2010, was slow to get in the groove against 26th ranked Ukrainian Elina Svitolina, going down 6-4 in the first set.

But she shook off the cobwebs under the blazing sun on Rod Laver Arena to rattle through the next two sets 6-2, 6-0.

It keeps alive her quest to add a 19th Grand Slam title, which would take her to clear second on the all-time Open Era Grand Slam winners list.

She currently has 18 alongside Chris Evert and Martina Navratilova and is four behind German great Steffi Graf’s 22.

“When in doubt just start running as fast as you can, that’s what Venus always told me, that helped,” said Williams, whose world number one ranking is on the line if she fails to win the tournament.

She added that her sister’s late-career renaissance was an inspiration.

“She’s winning, she’s doing so well and I can do better. We always motivate each other. I’m so proud of her and we’re so excited.”

It was a day to remember for the Williams clan with Venus making the second week of a Grand Slam for the first time since Wimbledon 2011.

“That feels fantastic, especially when you have things happen in your life which are out of your control,” said Venus, a seven-time Grand Slam winner who has had a long battle with the energy-sapping Sjogren’s Syndrome.

“I don’t want to leave it at that, I’ll try to keep going,” she added, clearly enjoying the moment in front of an appreciative crowd on Margaret Court Arena.

Poland’s Radwanska defeated American Varvara Lepchenko 6-0, 7-5 and has doled out a dreaded 6-0 “bagel” to each of her three opponents at Melbourne Park this year, lurking as a dangerous dark horse.

She said she was eagerly looking forward to facing Venus, who she beat in the Montreal final last year.

“I think playing her is always a great challenge,” said Radwanska, who has made the quarter-finals or better in Melbourne on her last four visits.

“I think she is still playing great tennis even she’s a bit older. She’s still really fit and playing a high level. I think it’s going to be another good match.”

The 24th seed beat Serena at the French Open last year and said she was up for the challenge again in Melbourne.

“I think I don’t have nothing to lose. I don’t think I have pressure,” she said. “I like to play big matches on centre court, so I’m just really happy that I can play against her.”