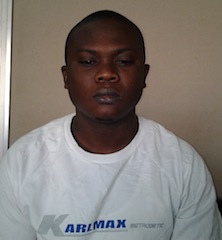 The National Drug Law Enforcement Agency (NDLEA) has smashed a drug trafficking cell in Lagos that specialises in smuggling drugs to China, the agency said on Wednesday.

NDLEA said it has also prevented the exportation of 34.605kg of cannabis and 1.175kg of heroin to China.

The arrests and seizures took place at the Murtala Muhammed International Airport in Lagos while other accomplices were apprehended during a follow-up operation, said NDLEA spokesman, Mitchell Ofoyeju.

Five persons have so far been arrested with 35.78kg of drugs.

NDLEA commander at the Lagos Airport, Hamza Umar explained how the command arrested five suspects with 35.78kg of illegal drugs.

“We arrested one Obi Onyeka Emmanuel with 1.175kg of heroin while attempting to board Qatar Airline flight to China. Upon interrogation, Aguezeala Bob Chidubem a fake custom officer and Obidiazor Stanley were apprehended for allegedly sponsoring Obi Onyeka. Ezeocha Henry Chidi and Alor Tochukwu Isaac were also caught with 11.430kg and 23.175kg of cannabis respectively on their way to China”.

When arrested, Aguezeala Bob Chidubem claimed to be a serving customs officer at the Tin Can Island Port, Lagos.

“However, preliminary investigation revealed that he is impersonating as the Tin Can command of the Nigerian Customs Service confirmed to the agency that there is no officer with that name and service number,” NDLEA said.

Obi Onyeka Emmanuel, 39, a trader who sells jeans at Mandilas, Lagos Island said he was promised 4,000 dollars to smuggle heroin to China.

“I was given 100 wraps of heroin by Stanley to swallow. I was able to swallow 68 wraps because it is my first time. They also promised to pay me 4,000 dollars but unfortunately the drug was detected by the scanning machine. I got involved in drug trafficking because I lost 10,000 dollars in my business. I was desperate to recover from my lost money,” Obi who hails from Anambra State stated.

Aguezeala Bob Chidubem, 45, was found to be a fake custom officer. He claimed to be a 1993 graduate of Industrial Chemistry from University of Port Harcourt. Aguezeala who hails from Imo State conspired with Odidiazor Stanley, 31, to finance the trip of Obi Onyeka Emmanuel to China with 1.175kg of heroin. Stanley hails from Anambra State.

Similarly, Ezeocha Henry Chidi, 33, who resides in Onitsha was caught with 11.160kg of cannabis. He was to board a Kenya Airways flight to China when the drug was detected. His arrest took place simultaneously with Alor Tochukwu Isaac who was to board Ethiopian Airways with 23.175kg of cannabis to China.

According to Alor, “Ezeocha Henry is my friend. We are both into cargo business because we send goods for people. One of my customers brought three bags to me to take to China. He told me that the bags contained foodstuff and gave me twenty-two thousand naira (N22,000). I blame myself for not searching the bags although this is not my first time of collecting goods from him. What I did was based on trust but it ended this way. I took two bags and gave one to Ezeocha Henry with twelve thousand naira (N12,000)”.

All the suspects will soon be charged to court, NDLEA said.