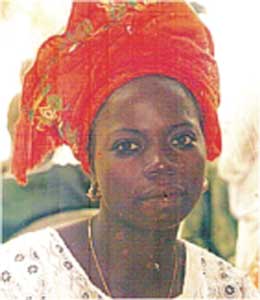 The groups, Women Advocates Research and Documentation Centre (WARDC) and Women Arise for Change Initiative made the plea during a walk to campaign against maternal death in Nigeria.

The News Agency of Nigeria (NAN) reports that during the walk, women displayed placards with various inscriptions to express their grievances about alleged maltreatment of the late Oduyoye by LUTH.

Some of the placards read: “It is Illegal to Detain Women in Hospitals’’, “No Woman Should Die at Childbirth’’, “Save Our Women from Unnecessary Death’’, “No Women, No Nation”.

NAN also reports that the walk was part of the burial activities for the late Oduyoye, who died as a result of alleged maternal complications at the hospital.

WARDC had on Dec.19 petitioned the management of LUTH over Oduyoye’s death while she was allegedly detained in the hospital due to her family’s inability to settle her medical bills.

The deceased’s husband, Mr Adeyemi Oduyoye, a printer, had claimed that the hospital detained and abandoned his wife without adequate medical care for 43 days.
During the walk, Dr Abiola Akiyode-Afolabi, the WARDC Executive Director, described the woman’s death as one of the many unnecessary and preventable deaths that occurred in the country.

Akiyode-Afolabi said that 144 Nigerian women died daily as a result of maternal complications.

“It is very unfortunate that Folake died in LUTH after she was detained for 43 days because she could not pay her hospital bills of about N1.5 million.

“This is contrary to Sections 32 and 35 of the Nigerian Constitution. (Section 32 is about power to make regulations while Section 35 is on right to personal liberty).

“Folake died at the age of 35 years, leaving behind four children. Her death is a waste to the nation.

“Over 100 women are being detained in LUTH and some other hospitals across the country, because they cannot pay their hospital bills.

“Today, we are burying Folake and we are urging LUTH management to compensate the family with the sum of N50 million.

“We are also saying `NO’ to maternal death in Nigeria,“ she said.
Also, Dr Joe Okei-Odumakin, the President, Women Arise Initiative, urged the three-tiers of government to give priority attention to the health of women and children.

According to her, Nigeria ranks second in the list of countries with high rate of maternal mortality.

“Our walk today is to prove that we are tired of losing our women to maternal death and hospital negligence. In 2013, Nigeria recorded 239, 000 maternal deaths,’’ she said.

She urged review of the National Health Insurance Scheme to ensure that it would care better for the health of Nigerian women.

“We are also saying that all those women that are being detained in LUTH because they cannot pay their hospital bills should be released,“ she said.

In his remarks, Mr Malachy Ugwummadu, a Lagos-based lawyer and rights activist, said that detention of women who could not afford the cost of their treatment after child birth should be abolished.

Ugwummadu urged a thorough investigation into the death of Mrs Oduyoye in the interest of justice.

The management of LUTH, Idi-Araba, had earlier described as unfounded, the allegation that the woman died due the hospital’s negligence.

Prof. Chris Bode, the Acting Chief Medical Director of LUTH, said that the woman was admitted unconscious as an emergency case on Sept. 17, following complications from a caesarian operation performed in a private hospital.

He said that numerous surgeries, specialised tests, interventions, dialysis, drugs and other consumables committed in treating the deceased amounted to N1.5 million.

According to him, the family of the woman paid only N300, 000 and requested for a waiver of N1.2 million.

“However, the condition of Oduyoye suddenly became poor and she died of pulmonic complications on Dec.13.

“A post-mortem examination is to be performed to ascertain cause of the death,” he said