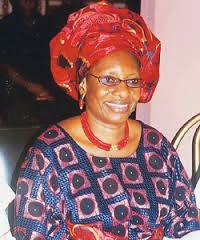 The defectors were formally received into the APC fold at a heavily crowded APC gubernatorial rally held at Nefur Arena, Pankshin Local Governemnt Area of the state.

Tallen, who contested for the governorship election under the platform of Labour Party (LP) in 2011, had in December joined the PDP before cross carpeting to APC.

“We believe that by your coming to join us in APC, you will work tirelessly for the party’s victory at all levels in the forth coming general elections,” Idi said.

In her remarks, Tallen pledged to work for the victory of the APC and its gubertaorial candidate, Mr Simon Lalong as well as the party’s presidential candidate, Gen. Mahammadu Buhari, in next month’s elections.

“I left PDP because of the injustice, corruption and insensitivity of leaders of the party in the state and hope to effect the necessary change in APC,” she said.

NAN reports that the crowd at the APC rally was unprecedented.