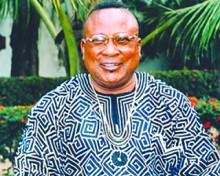 Abidap Hotel, Mosan will be agog tonight as it presents top musicians in an all night show tagged ‘Kasabubu’ Night.

The night which is a promotion drive organised for a brand of herbal drink named Kasabubu Bitters holds at the swimming pool side of the hotel.